She’s the owner's great-great-grandmother and she gave her name to our guest house. Her portrait appears in the "Chambre de Mathilde" on the 2d floor.

Born in Bruges in 1789, Mathilde arrived in France in 1816, after her marriage to a French officer, Alexis. His father, Jean-Othon, had sided with the French revolutionaries, which antagonized him with a part of his monarchist family.  He went to Paris in 1793, where he joined the Jacobins. During the Terror, he was detained in the Luxembourg Palace where he met a tragic death when he was defenestrated during a riot. Fortunately, Mathilde had a more peaceful end. She rests today in the cemetery of Lorient (Morbihan). The portrait of four of her six children (Mathilde, Stéphanie, Isidore and Stanislas) appears in the room, to the left of the window. Ernest, the youngest, was not yet born. He went on to become director of Haras d’ Angers for 20 years, at the end of the 19th century. 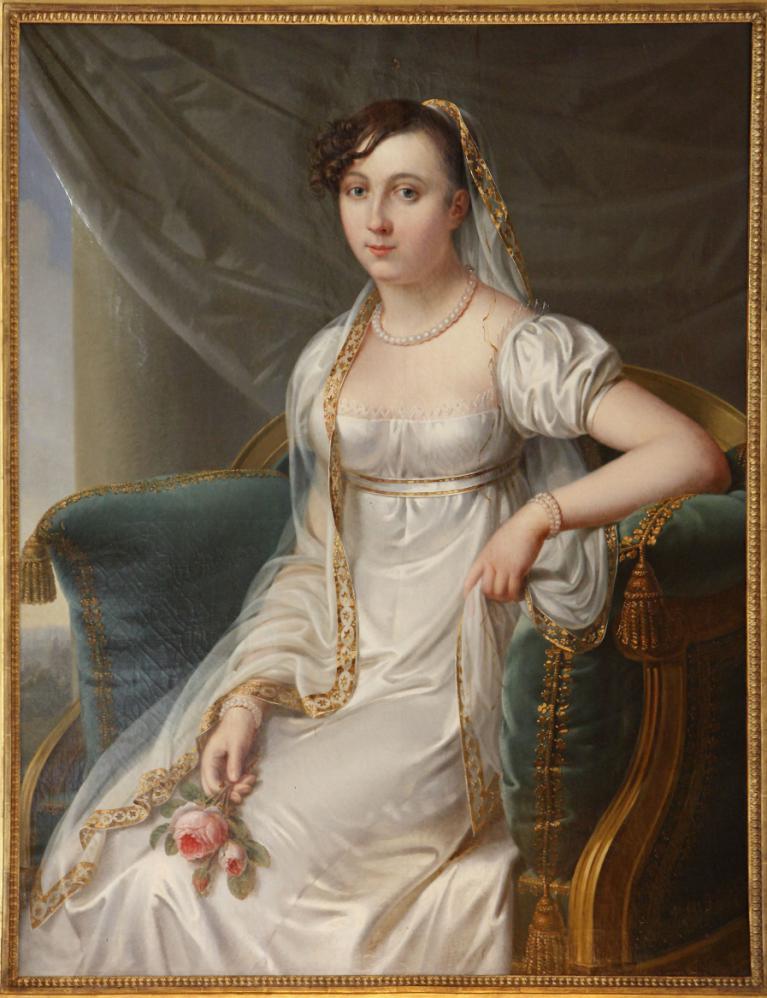 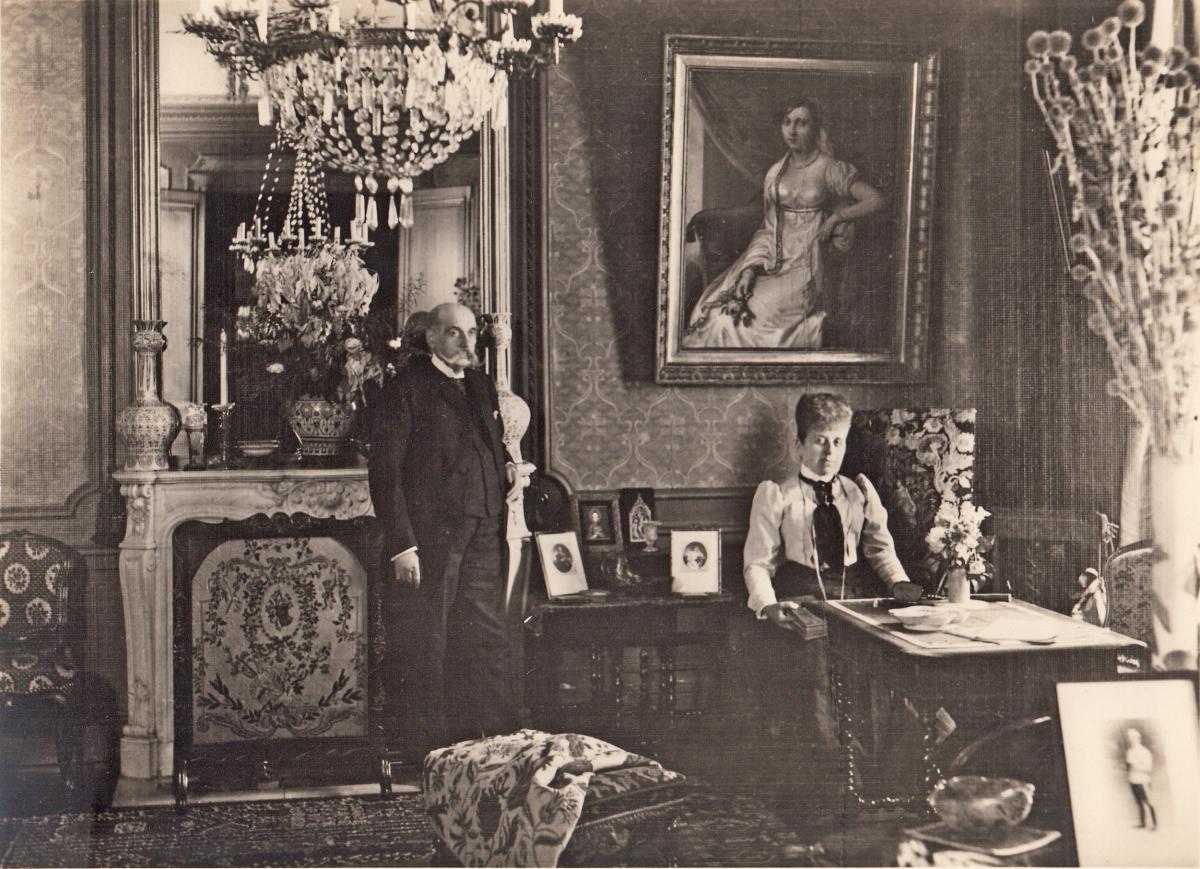 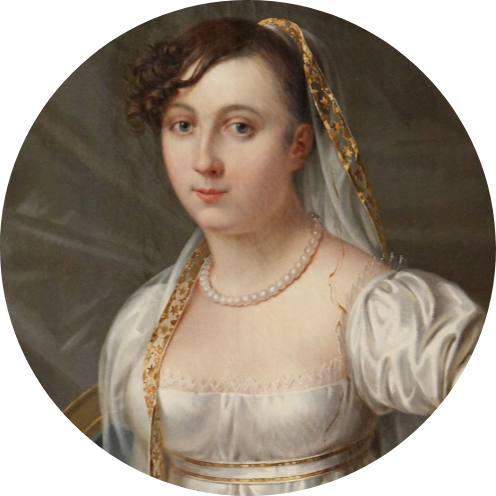